Kedarnath: One of the twelve Jyotirlingas of Shiva, Kedarnath is also the most integral pilgrimage stopover amongst Panch Kedar shrines. Shivlinga in Kedarnath resembles the hump of a bull. In fact, the mythical tale of Pandavas seeking reparation for their participation in the bloody Kurukshetra war explains this. It is said that Lord Shiva disguised himself in the form of a bull which dived into the ground and disappeared upon being chased by Bhim, leaving its hump above the ground. Pandavas built temples at each of the places in which different body parts of the bull emerged. These form the revered Panch Kedar temples. Being a Panch Kedar temple as well as a Jyotirlinga amplifies the spiritual potency associated with Kedarnath.
Motorable road doesn’t reach till the sacred shrine. In fact, devotees embark on a 19 km trek from Gaurikund till Kedarnath shrine. There are also helicopter tickets to fly in from Phata till Kedarnath shrine. You might skip the challenging trip altogether if you opt for helicopter tickets.

Badrinath: Badrinath is venerated as the holiest of holy Vaishnavite abodes in the whole universe. It is believed that Lord Vishnu meditated upon its sacred ground braving its chilly weather, at which Maa Lakshmi took the form of Badri Tree and protected him. Also, the land is said to have borne the sacred container for tapas of Nar and Narayan, the twin avatar of Lord Vishnu. The land rendered holier by the sacred spiritual austerities meant to bring in highest beneficence for all living beings became a major pilgrimage destination with the passage of time.

Panch Prayag: The holy merger of rivers in Garhwal Himalayas. These include Vishnuprayag, Rudraprayag, Rudraprayag, Karnaprayag and Devprayag. Witnessing their holy confluences gifts one’s heart with supreme delight that is unsurpassable. One ought to experience their magical merger with own senses to know this. 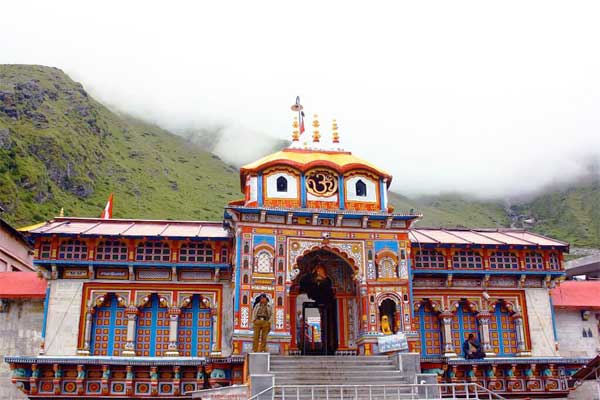